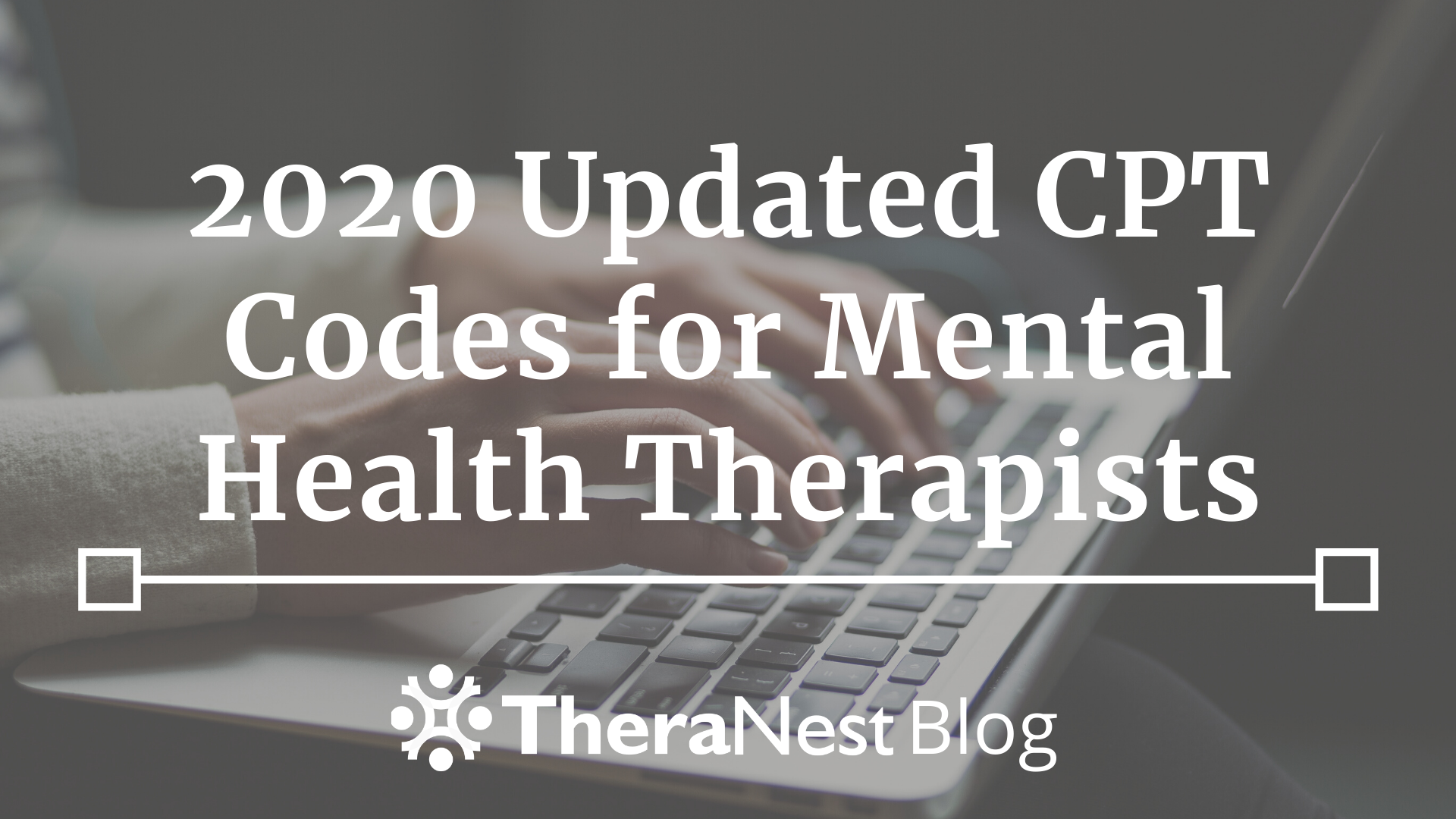 Each year, the American Medical Association (AMA) releases updates to the Current Procedural Terminology (CPT) code set. The panel that’s responsible for the project aims to update the list to account for advances in technology and medical knowledge as well as best practices that have made their way to the forefront each year. The 2020 set of CPT codes for mental health accomplishes this, as it provides therapists greater flexibility and accounts for use of digitally-based services, among other things. These new codes became active on January 1, 2020. Let’s look at the changes that apply specifically to behavioral health.

Fortunately, there are only five changes that impact mental health.  In one case, a single code replaced two existing codes, while in other cases, two codes replaced a single existing code. Most of the changes happened to the codes describing intervention services.

Impact of the Changes

Why were these changes made? A major change is that assessment services are no longer time-based. This frees providers to treat these services as they would other event-based services. Additionally, the new assessment code makes it possible to accommodate digitally-based services since the face-to-face requirement was eliminated.

The changes to the intervention codes are designed to give providers more time with their patients and encourage a stronger patient-provider relationship. Neither patients nor providers should feel the expectation to rush through services.

Remember that the old codes that were replaced are no longer valid. So if you’re using those codes when you bill insurers, your claims will be rejected. You may find it helpful to print out the list above and keep it handy.