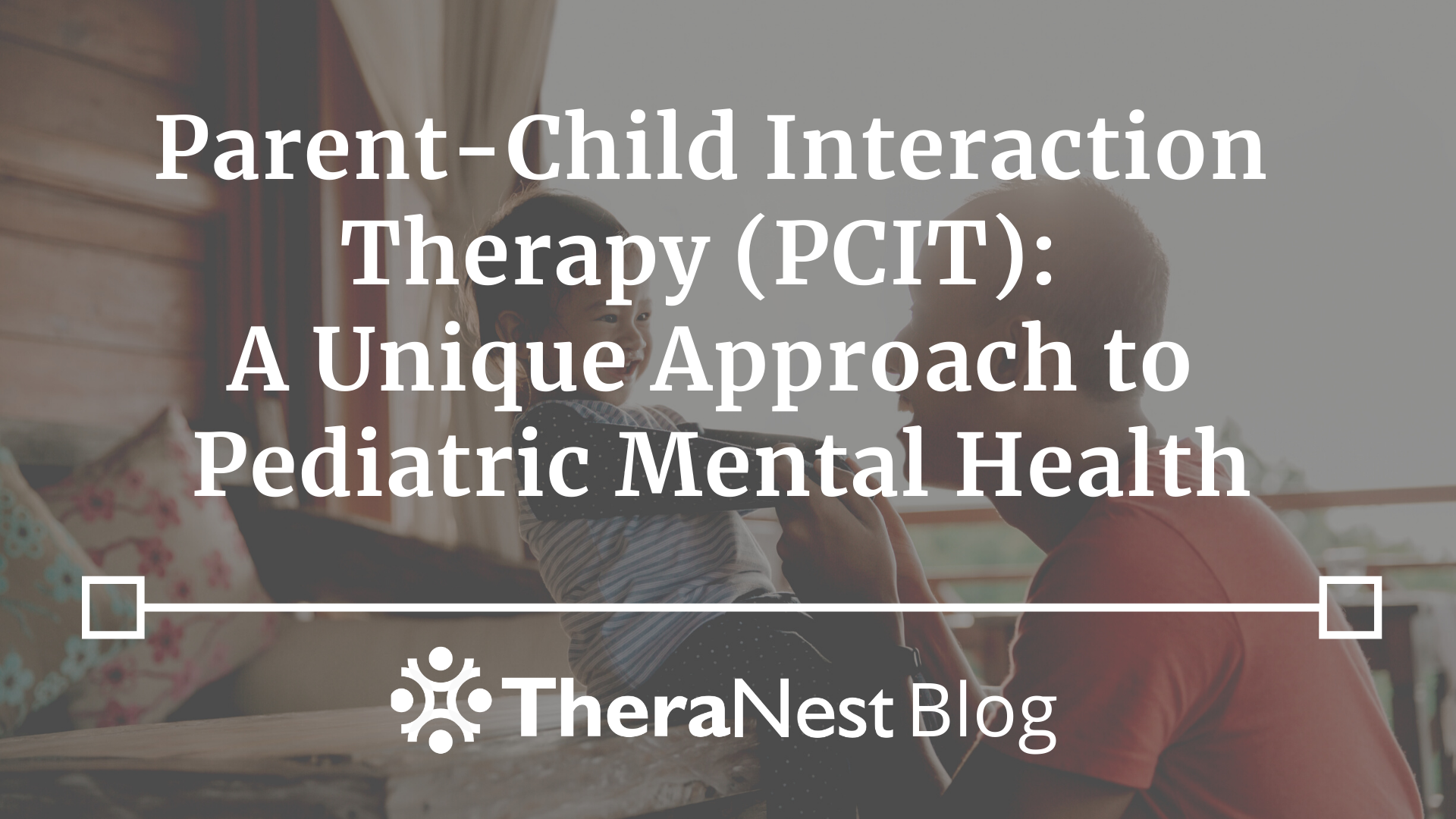 For over 40 years, therapists have been using Parent-Child Interaction Therapy (PCIT) to build healthy connections between parents and their children. In fact, with over 300 publications citing PCIT, this approach is one of the most well-researched, evidence-based practices in the field of pediatric mental health today. Its unique approach uses live coaching sessions guided by the therapist that involve both the parent and the child. PCIT has been shown to significantly improve parenting skills and strengthen the bonds between at-risk children and their caregivers. In this post, we cover PCIT’s key components, including the history, methodology, and therapeutic outcomes. To wrap up, we share what it takes to become certified to provide PCIT therapy to families.

Sheila Eyberg first developed PCIT in the 1970’s for use with families of children ages 2 to 7 who’d been previously diagnosed with disruptive behavior disorders. Over time, this therapy has grown into one of the most widely-accepted early childhood interventions for children with challenging behaviors and has expanded well beyond its original intended use, addressing a much more diverse range of issues.

On a theoretical level, PCIT is based on the twin pillars of attachment and social learning theories. This explains PCIT’s unique way of integrating the parent into the therapy process, leading them to model the prosocial behaviors the child is eventually expected to display. Practically, PCIT consists of real-time, therapist-coached interactions between parents and children that are embedded within the therapy sessions. Although the format can vary slightly, the basic setup involves the parent and child interacting in a playroom. The therapist observes them both through a one-way mirror, providing prompts to the parent via an earpiece.

PCIT takes place in two distinct phases: child-directed interaction and parent-directed interaction. During the first phase, the emphasis is on building a positive bond between parent and child. The therapist provides the parent with relationship-building skills following the PRIDE acronym.

In the first phase, the child takes the lead, deciding which activities to engage in. The parent participates in play, but does not provide direction or discipline. Gradually, the parent masters skills during the live coaching sessions and brief, 5-10 minute homework assignments in-between sessions.

As the relationship dynamics improve between parent and child, the parent-directed phase of therapy begins. Here, the focus shifts from child-directed play to parent-directed discipline. The therapist provides the parent with the same mix of live coaching and homework, but focuses more on helping the parent to implement a positive discipline program that includes effectively giving commands and reacting to both compliance and non-compliance from the child. As therapy progresses, skills practice gradually expands beyond the therapy sessions to include structured and unstructured home settings as well as public settings.

Over time, the use of PCIT has expanded as it has proven to be an effective intervention for treating a range of pediatric mental health issues. PCIT techniques have delivered positive outcomes in a number of different situations, as noted in a publication by the U.S. Department of Health and Human Services on PCIT. Here are just a few of the benefits.

First, you need to hold a master’s degree or higher in the field of mental health in order to gain entry into the PCIT training program. The training includes a 40-hour course followed by a series of consultation calls and training session reviews. From start to finish, the process takes about a year to complete. For more information on becoming PCIT-certified, visit PCIT International’s certification page.

PCIT is a highly-valuable intervention that you may want to consider using if you have the resources to complete the necessary education. As one of the most robust, well-researched, evidence-based interventions currently in use in the field of pediatric mental health, it delivers long-lived outcomes, including improved parenting skills, an increase in children’s prosocial behaviors, and a corresponding decrease in negative behaviors.

Ready for an EHR to streamline your practice management?